What Does Om Mean?

It’s not unusual to find om icons in yoga studios, on clothing, in artwork, and even used as tattoos. The physical symbol is known as an omkar. In Hindu, om is considered to be the holiest word, because it is the sound, or essence, of the universe.

When we chant om, also known as aum, in yoga practice, it is a way to acknowledge our connection to every living thing around us and to the universe as a whole.

How to Pronounce It

As you chant om, you’ll make a long “O” sound, as you do when you pronounce home and phone. Aum is a popular spelling variation, as is ohm, but the sound doesn’t change.

Whether om is chanted as a mantra in meditation, at the open and close of yoga practice, or whenever you feel unhappy, practitioners believe you will be uplifted. You are removed from your solo state of mind, and access the power within the universe to reach a state of higher consciousness.

This is an extension of the basic om chant. One interpretation is that it means, “The Jewel is in the Heart of the Lotus”:

The om symbol is not just associated with the Hindu religion. Many people use the impression as a reminder of the universal connection. It is not considered sacrilegious to use the symbol on everyday items, such as this neti pot.

Artists may interpret the om icon in a number of ways. The symbol can appear in any color, be produced in any material, or be transferred to any surface. But the design remains the same:

Find an om icon that can help you stay true to your purpose and connected to the power of the universe.

To learn more about Om, read Yoga Symbols and Light on Yoga: The Bible of Modern Yoga. 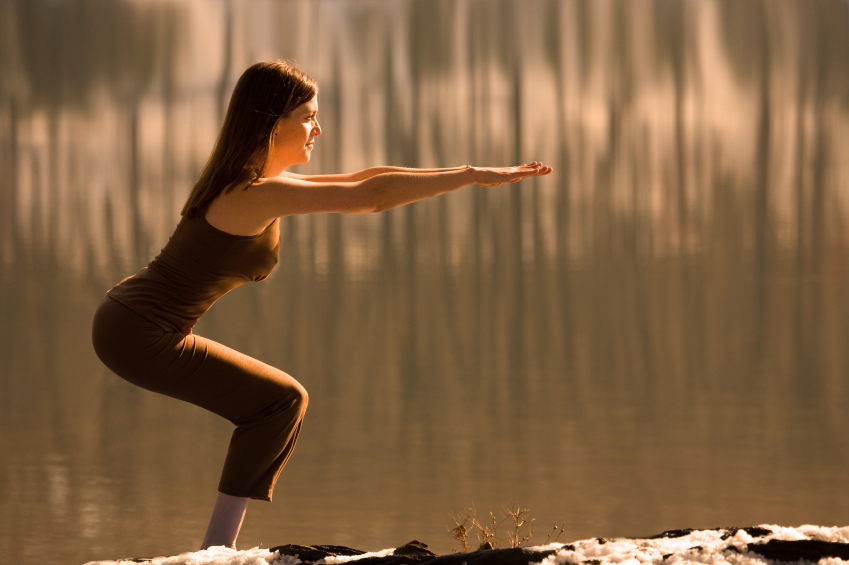