You march into the yoga studio, unroll your mat, breathe, focus, and offer namaste to the teacher. You hit the Pilates studio, take a deep breath, eye the vaguely medieval-looking equipment, and plunge right in. At the end of either class, you emerge less stressed and more focused, stretched and strengthened, and probably sweaty. What's the difference? 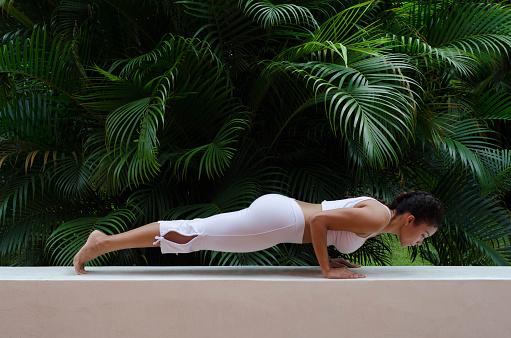 Yoga and Pilates can seem as if they are cut from the same cloth. Both disciplines improve mental focus and the function and form of the body. However, the one key difference between them is spiritual. Despite the western inclination to turn yoga into a trendy spandex-clad workout, the movements, breathing patterns, and meditation are meant to open the mind and heart to enlightenment. Yoga is, at base, spiritual. Pilates is essentially physical. It is meant to give you a long, lean, strong body. Both are fabulous for you, and both can change your life.

Despite their similarities, yoga and Pilates have vastly different origins. 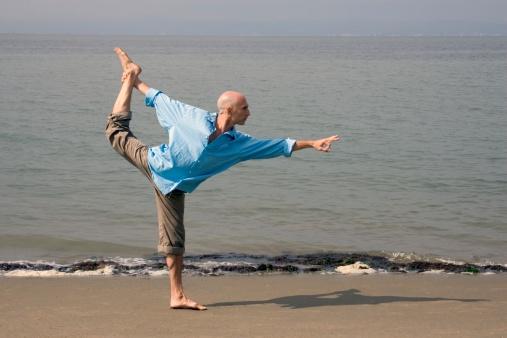 The physical intentions behind each practice also differ.

How and why you move also differs.

Focus varies between yoga and Pilates although in both, body and mind benefit. 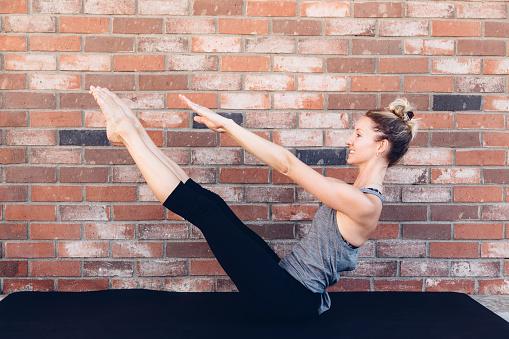 The central effects of the practice are as follows.

Spacing between moves--that is, how you flow from move to move--differs, as well.

There are many types of yoga, but only one type of Pilates.

The joy of choice between yoga and Pilates is that you don't have to choose. Each system complements the other. That rock-hard Pilates core will stabilize you in crow pose. Your yoga-stretched flexible self allows you to perform Pilates moves with grace and fluidity. Your balance and breathing improve exponentially. You are invigorated by both disciplines and less at risk for injury in sports and daily life. Mastery of Pilates and of yoga imbues you with an earned assurance, and the infinite challenge of perfecting the moves in either discipline inspires you to a healthy humility. Both Pilates and yoga improve your mental and physical performance, contribute positively to the quality and length of your life, and make you fitter and happier.