Using the term "famous yoga teachers" is almost an oxymoron, as many instructors of caliber would not be courting fame. Nevertheless, as the proliferation of yoga DVDs makes the practice more accessible, some yoga teachers are more recognizable than others.

A Snapshot of Famous Yoga Teachers

In yoga circles, a few notable people stand out. It's hard to say "this person" or "that person" is more famous, but in this list, some instructors definitely learned from others. Each teacher and yoga style has merit; the key is deciding which person and method is right for you. This list of famous yoga teachers isn't based on who was the first instructor or who is the most popular. Instead, it will simply provide a brief rundown of names you might have heard in passing or people about whom you may be curious.

Baptiste is the inventor of Power Yoga, and the son of healthy living and Western yoga pioneers Walt and Magana Baptiste. Power Yoga is an energized practice in a heated room that allows a yogi to reach greater dimensions of self. 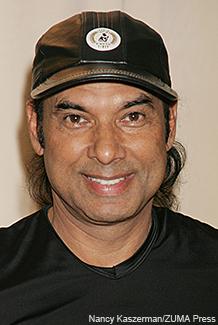 As the founder of Bikram Yoga, Choudhury introduced the world to a particular series of poses conducted in extreme heat. Practitioners move through 26 postures designed to "bring the body back to the brain." This yoga style has hundreds of thousands of devotees.

Desikachar is the son of Sri T. Krishnamacharya. He is the co-founder of the Krishnamacharya Yoga Mandiram, a yoga institute in India. At one time, Desikachar's discipline was called Viniyoga, but he doesn't use that term any longer.

Consider the "First Lady" of Western yoga, Folan was one of the first instructors to encourage enthusiasts through television and home video. Now in her 70s, Folan is a vibrant instructor and workshop leader. Learn more about her in this LoveToKnow Yoga interview.

Many regard yoga guru Iyengar as the preeminent Hatha Yoga instructor. He was a student of Sri T. Krishnamacharya, and popularized Hatha in the Western world. Many other famous yoga teachers, including Patricia Walden and Rodney Yee, credit him with their development. To learn more about Iyengar, start by reading Light on Yoga: The Bible of Modern Yoga.

Also a student of Sri T. Krishnamacharya, Jois was the principal leader of Ashtanga Yoga. Until his death in 2009, he operated the Ashtanga Yoga Institute in India. Popular teachers of Jois' method include Larry Schultz, Beryl Bender Birch and David Kelman.

The founding father of modern yoga, Krishnamacharya translated ancient yoga texts, taught thousands and ushered the practice out of India and into the world. Learn more about his legacy at KYM.

Creators of Jivamukti Yoga, Life and Gannon teach yoga as a form of spiritual activism and action. Time magazine listed Jivamukti as "one of nine major Hatha Yoga methods in the world today".

A.G. Mohan is the co-founder of the Krishnamacharya Yoga Mandiram. A.G. and his wife, Indra, were students of Sri T. Krishnamacharya. They teach Svastha Yoga, Ayurveda and yoga therapy around the world.

This Vancouver, British Columbia-based instructor and yoga therapist is the host of Namaste Yoga. Specializing in dynamic Hatha Vinyasa Flow yoga, Potter's approach is serene, yet purposeful. Her sequences challenge even the most experienced yogi, but each session is friendly to a beginner. Read more about her in her interview with LoveToKnow Yoga.

Shaw is the founder of YogaFit, a combination different fitness routines and yoga. She developed the program to encourage individuals at every level of fitness to embrace yoga. Considered "Yoga for the Fitness Industry", this school is one of the more popular styles found in gyms around the world. Read more information about Shaw in this LoveToKnow Yoga interview. 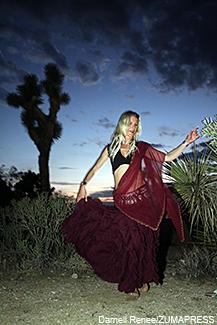 A specialist of yoga chant and dance, Rea separates herself from other yoga instructors by demonstrating just how powerful music is to a yoga practice. She develops unique soundscapes for her routines, especially her yoga trance dances, and for others to incorporate into their practices as well.

Voelker, a Kripalu-certified yoga instructor, developed Chair Yoga as a way to provide more accessibility to the practice. Read more about her in this LoveToKnow Yoga interview.

Walden is one of the premier Iyengar yoga teachers, and a popular DVD instructor for LivingArts, Gaiam Media, as well as the popular "Yoga for Beginners" DVD for Yoga Journal. She is the author of The Woman's Book of Health and Yoga, and teaches around the world.

A famous yoga teacher on the worldwide conference and workshop circuit is Rodney Yee. He has also created numerous innovative yoga media for all levels of experience through LivingArts and Gaiam. A former gymnast and ballet dancer, Yee's fluidity of yoga practice is attractive and compelling.

Ana Forrest developed Forrest yoga as a way to overcome her physical and mental limitations. She has been teaching for more than 40 years, and her practice focuses on healing, which makes her style gentle and innovative.

Wai Lana's daily, international yoga TV show is credited by many as introducing yoga to the mainstream. She has created numerous DVDs, books and methods of teaching yoga to people of all ages and abilities.

Learn From the Best

While there are countless great yoga teachers in every community, some famous teachers have helped to make yoga more accessible for all. Learn what these yogis have to say to help deepen and improve your own practice.